What is Kernel in Operating System and what are the various types of Kernel? 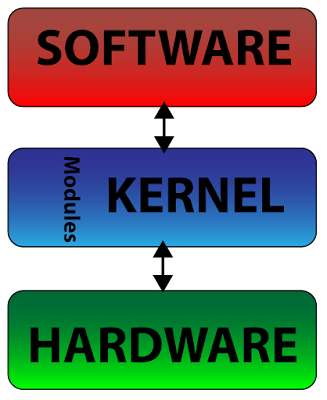 Functions of a Kernel

Following are the functions of a Kernel: 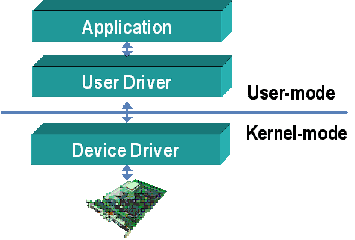 As we are using different spaces for user services and kernel service, so the communication between application and services is done with the help of message parsing and this, in turn, reduces the speed of execution.
Advantages:
Disadvantages:
3. Hybrid Kernel
A Hybrid Kernel is a combination of both Monolithic Kernel and Microkernel. It makes the use of the speed of Monolithic Kernel and the modularity of Microkernel.
Hybrid kernels are micro kernels that have some "non-essential" code in kernel-space in order for the code to run more quickly than it would be in user-space. So, some services such as network stack or filesystem are run in Kernel space to reduce the performance overhead, but still, it runs kernel code as servers in the user-space.
4. Nanokernel
In a Nanokrnel, as the name suggests, the whole code of the kernel is very small i.e. the code executing in the privileged mode of the hardware is very small. The term nanokernel is used to describe a kernel that supports a nanosecond clock resolution.
5. Exokernel
Exokernel is an Operating System kernel that is developed by the MIT parallel and the Distributed Operating Systems group. Here in this type of kernel, the resource protection is separated from the management and this, in turn, results in allowing us to perform application-specific customization.
In the Exokernel, the idea is not to implement all the abstractions. But the idea is to impose as few abstractions as possible and by doing so the abstraction should be used only when needed. So, no force abstraction will be there in Exokernel and this is the feature that makes it different from a Monolithic Kernel and Microkernel. But the drawback of this is the complex design. The design of the Exokernel is very complex.

That's it for this blog. Hope you enjoyed this blog.