Technology That Inspired By Nature

Humans are incredibly good at inventing stuff. I mean, just in the last 50 years, we’vecome up with technology that’s totally transformed our world, likecell phones and the internet. But natural selection has been solving problemsfor billions of years, and it’s led to some super efficient solutions. So lots of researchers look to nature for solutions that we might not have thought of on our own. 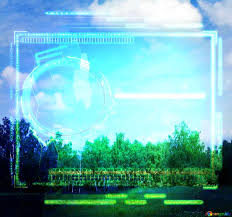 Here are 8 of the coolest ideas we’ve borrowed. Mosquito bites are, like, unquestionably awful. But have you ever noticed you rarely feelthe actual bite? It’s the mosquito’s saliva that makesyou itch--and delivers diseases. But if there’s one good thing mosquitoshave ever done for humanity, it’s inspiring scientists to design lesspainful injection needles.

A mosquito’s proboscis, the part it bitesyou with, is made up of seven different movable parts. Two of those parts hold hold onto your skin, while two more carefully saw through, making way for the “straw” part to divein and suck up your blood. I mean, it sounds horrible, but it is lesspainful than just jabbing into your skin.

So in 2008, a team of Indian and Japanese scientists copied the size of a female mosquito proboscis to make a tiny needle with a tiny pump tosuck up blood. Its size, combined with the pump, makes getting poked practically painless. Then, in 2011, a second group copied three of mosquitos’ seven moveable mouthpartsto make a motorized needle that pokes first with one tiny saw, then theother, while vibrating slightly to ease into theskin.

That makes way for the sharp straw to drawblood or deliver medicine. The serrated edges of the saws make less contactwith your skin than a regular hypodermic needle, so you feelless pain. Another animal that’s helping with healthcare? The mussel. Mussels stick themselves to all kinds of underwater surfaces, like rocks, piers, and boats, with glue thatthey make. And not only is this glue waterproof it’ll actually set underwater, and repairitself if the bond is broken.

Researchers studying mussel glue have identified some of the specific proteins that make itstick, and the research has inspired all kinds ofnew glues, like a new waterproof, less-toxic glue forplywood. And in 2014, a team at MIT genetically engineeredE. coli bacteria to produce some of the gluey proteins, combined with the proteins the bacteria useto produce biofilm. They ended up with a glue that works underwater,just like natural mussel glue.

At this point the researchers can only make small amounts of the glue at a time, but thestuff could eventually be used for everything from repairing ships to sticking people back together during surgery. There's also a Danish team working on synthesizinga glue based on mussel proteins one that does more than work underwater.

It also repairs itself like mussel glue. Mussel glue contains an amino acid that bondsvery strongly to iron so strongly that even if the bond is broken,it’ll re-form. The Danish researchers’ glue is designedto do the same thing. The glue is still in development, but it’s the kind of thing that could alsosomeday be useful for surgeries or any other situation where you could usea waterproof glue that can fix itself.

Now, I don’t know if you’ve ever gottenup-close-and-personal with a shark. But if you decided to pet one for some reason, you’d probably notice that its skin is sandpaper-rough. That’s because it’s covered in tiny, tooth-likedenticles, which help sharks both swim faster and stayclean of parasites and bacteria. The denticles affect the flow of water aroundthe shark, which reduces the friction as it moves throughthe water, allowing it to swim faster.

The concept has inspired high-tech swimsuits, where the fabric is designed to have the samekinds of tiny bumps. And researchers are also working on ways touse shark skin’s adaptations to keep ships clean of clingers and hospitalssurfaces safer from germs. The microscopic surface of shark denticlesis covered in ridges whose shape makes it hard for parasites andbacteria to get a grip.

By copying that texture, one company createda material that, compared to a smooth surface, reduces the presence of MRSA bacteria by 94%. Like sharks, whales are pretty great swimmers. And some whales have bumps that help themout, too. Humpback whales zoom through the ocean huntingschools of fish. But they can’t just scoop up big mouthfulslike blue whales do with plankton, because fish tend to swim away when you tryto eat them. So hump backs use a technique called bubblenet feeding.

They use their giant flippers like airplanewings to swim in tight circles while blowing bubbles, which concentratesthe school of fish so the whale can just swim up through themiddle and swallow them. That got scientists wondering why on earththere are knobs and bumps, called tubercles, on the leading edge of humpbackwhales’ flippers.

It turns out that those knobs and bumps canmake lots of flipper or wing-like things more efficient by funnelingwater or air into the troughs between the bumps on thewing. Putting the bumps on wind turbine blades letsthem turn more wind energy into electric energy. And sticking them on airplane wings couldmake them more efficient and less likely to stall. They could make surfboards more maneuverable, and fan blades quieter and more efficient.

Researchers are trying them out on everything from submarines to kayak paddles. There’s another more wind turbine innovationinspired by marine inhabitants. Specifically, it’s modeled after the wayfish form schools. Those tall wind turbines with blades known as horizontal axis wind turbines can’t be too close to each other, or they interfere with each others’ airdynamics.

The closer together they are, the more theyinterfere, which limits the amount of energy they canproduce over a given area of space. But schooling fish swim very close together without interfering with the water aroundeach other, which made scientists wonder if fishy physics could be the key to compact wind farms. And it is. Vertical axis wind turbines are turbines withshorter blades that spin around the pole.

By themselves, these turbines generate less energy than horizontal axisturbines. But they interact with the air in a way that’s similar to how schooling fish interact with water, and researchers have used the similaritiesto apply what they’ve seen in schooling fish to theway the turbines are arranged. That means the turbines can be packed closertogether, which takes up less room so you can get moreelectricity out of the space you have available.

Coral are great builders. Tiny individual animals, called coral polyps, build up the structural skeleton of coralreefs by producing calcium carbonate, otherwise known as limestone. And they use the carbon dioxide in ocean water as part of their building process. We humans like to build lots of things withconcrete. But unfortunately for us and coral reefs andthe whole planet, manufacturing cement, a main ingredient inconcrete, produces about 5% of all the carbon dioxide we pump into the environment every year.

Which is not great. But inspired by the way corals build theirskeletons, companies are working on ways to incorporatecarbon dioxide into building materials like cement and cementboard. Normally, making a ton of cement producesabout a ton of carbon dioxide. But using carbon dioxide in the cement itselfcan reduce those emissions by anywhere from 5 to 40%. And bonus! some of these CO2-infused building materials are stronger than the original recipe. Different companies have created versionsof this so-called “green concrete”, but right now they’re still working on developingthe process so it can be scaled up. Waterbears do it. Jericho roses do it.

Even Brewer’s yeast does it. I’m talking about the ability to surviveyour cells being dried out. Usually, cells don’t like to be dried out. They lodge their complaints by dying. Permanently. But some cells—like those of waterbearsand Jericho roses, aka “resurrection plants”—take it instride. To bring them back, you can just add water! Researchers studied this ability and foundthat the secret seems to be a protective sugar called trehalose that allows cells to lose their water withoutbeing damaged.

One potentially life-saving use for trehaloseis to preserve vaccines, which otherwise have to be protected fromheat and drying out while they’re being transported. Every vaccine recommended by the World HealthOrganization requires protection from heat, making hauling them long distances difficultand expensive. Scientists have been working on this for over20 years, and it seems to really work. One 2010 study, for example, used trehaloseto stabilize a flu vaccine so it would work with a microneedle that even someone with little or no trainingcould use to deliver the vaccine.

The researchers found that when they includedtrehalose to stabilize the vaccine, it was more effectiveat protecting against the flu. Velcro might seem like a simple way to stickthings together. But it actually wasn’t invented until the1940s, when a Swiss engineer named George de Mestral went on a huntingtrip with his dog, and burrs from burdock plants got stuck tohis pants and to his dog’s fur.

Sticky burrs have probably been annoying peoplefor thousands of years, but they gave de Mestral an idea: What if he could use burrs to create a sortof reusable adhesive? He decided to check out the burrs under amicroscope, and he saw that they were covered in tinyhooks, which explained why they were so great atsticking to stuff.

He recreated the hooked ends of the burrs, which became the rough half of the Velcro. The other, softer side was made of loops forthe hooks to grab onto. By the late 1950s, he’d patented and startedselling his invention. And then NASA started buying it. They knew things would just sort of floataround in orbit, and astronauts needed an easy way to stickthings to walls so they’d stay put, but could also be easily detached. Velcro was the perfect solution.

People also started using it for things likesports equipment and blood pressure cuffs. And, of course, awesome sneakers. All because de Mestral was inspired by thoseannoying, sticky burrs. Thanks for watching this episode of SciShow, which was brought to you by our patrons onPatreon.
Shere this post:

Tags: Hacking Mobile Review Tech
You May Also Like