Make a Live USB to Boot From a USB Drive

By: trickduniya   Last Updated: July 22, 2020 in: Hacking,
A Live USB will let you run an operating system off of a USB drive, so you can try a operating system without a partition, or carry a favorite one with you, or have an emergency backup in case your computer crashes.
In this Instructable, I will be showing you how to create such a USB drive. It's a beginner friendly tutorial, and assumes you know the basics of computer navigation, but if you are familiar with computers, you should be able to follow the abridged version I have at the second to last step.
There are a lot of different softwares out there to do this, so I've tried out a bunch and I'm bringing two good ones to you. I will also be showing you some notable Linux operating systems you can get for free. Finally, I will be showing you how to actually use the USB Drive to start the computer and run your new operating system.
Let's get started! 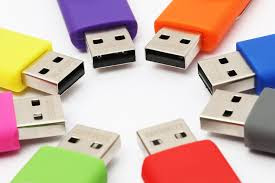 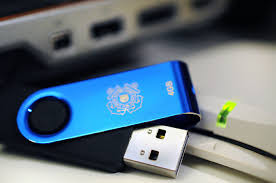 Above you can see the logo for UNetBootIn. We will need some software to actually extract the operating system onto the flash drive. You've got a bunch of options out there- here are my favorites based on the ones I've tried. These are both Open Source tools that will allow for the extraction of the data onto the USB drive.
UNetBootin
******Works on: Linux, Windows, Mac******
This one is my favorite. It is simple and easy to use, and allows you to download from a drop-down list rather than browsing and downloading the software online (although you can do this as well, if you want). I have only tested it on Linux. However, it is a much larger and better developed tool, and is actually a default program on some Linux flavors.
The Sourceforge page for this project can be found here 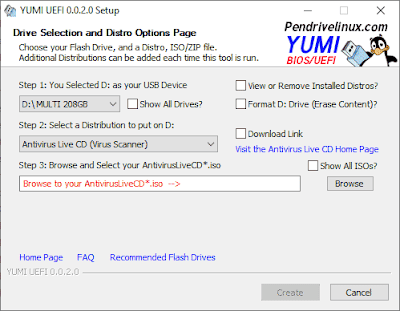 YUMI (Your Universal Multiboot Installer)
Works on: Windows, claims to work on Linux but I can't get it to work.
This one has a lot of the same features UNetBootin has, but it allows you to have more than one OS on a flash drive, which I really like. However, the Linux version doesn't seem to work on my Ubuntu (a type of Linux) laptop, so it doesn't seem to work for Linux. I have tested it on Windows and found it to work well.
The website for this can be found here. 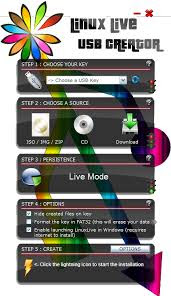 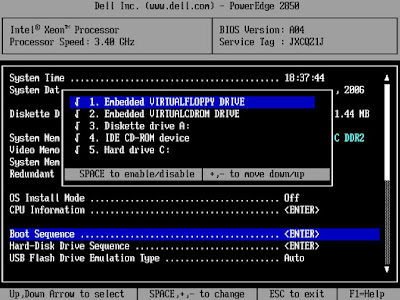 Now that the USB has completed its download, you are ready to use it whenever you wish. In order to use it you will need to know how to you bring up the boot menu.
It's easy to find out. You can just restart the computer and look for the text that says something along the line of "To bring up the boot menu press [key]". That's what you see in the first image. You'll have to be quick- it'll only be there for 1-4 seconds.
Typically, it is the Enter key, Escape key, or one of the F keys, such as F2 or F12. For me, F12 is the one on the machine I'll be using.
You can also do a Google search on the model of your computer. Try "BIOS Settings for [computer model]" or "Boot Menu shortcut on [computer model]".
Once we know what key we need to open the boot menu, plug in your USB stick. This can be done when the computer is on or off- it doesn't matter. Then, either restart your computer or turn it on (if it was off before). As the computer begins to start up, start pressing that key to bring up the boot menu. Ideally, you will press the correct key as soon as the text "To bring up Boot Menu, press [key]" (or whatever your computer's equivalent is) appears. If this happens, then you will be brought into the Boot menu.
The second image here is an example of what that boot menu will most likely look like.

Step 9: Navigating the Boot Menu and Selecting Your Operating System

Once in the Boot menu, you should see something like what I have in the photo above. Use the arrow keys on your keyboard to navigate up or down to the USB device you plugged in. Select it using Enter.
By doing this, you are telling your computer that rather than getting started by using the already installed operating system, you want the computer to look at the USB Drive you selected and use the operating system there.
In YUMI, the actual location is most likely in "Linux Distros", but some may be hidden in "System tools". From there,, you will want to select the "Live" option. With UNetBootIn, it's quite a bit simpler- just select the "Live" option and it will start right up. With some systems, such as Debian, you may find only the default option. That's fine, unless you've accidentally installed a downloader. 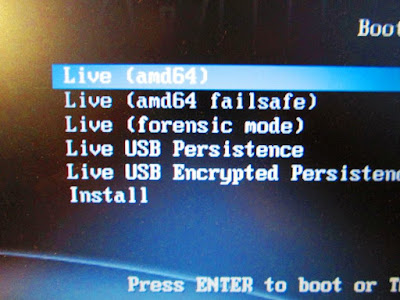 If the distro has its own menu for you, select the Live option to start as a Live USB. If you can find a Persistence option, use that instead. It's the same thing, except it makes file saving easier. After hitting enter, wait for it to complete.
This shouldn't take too long for Linux machines, and afterwords, you will be running the operating system off of your USB drive. When done, shut down the computer and unplug the USB drive.
You could just yank the USB drive out if anything goes wrong, but you don't really want to crash your computer, so let it shut down. If you like the distro, then you can download it or keep it on the flash drive to use wherever you want. If you don't, no harm done- just delete the files and you can get a new distro or use it for storing other files.

Step 11: So, the Abridged Version

Here's an abridged version for review or those confident with computers:
- Download the UNetBootIn or YUMI open-source tools
- Download the .ISO File of the operating system you want or choose it from the list in UNetBootIn or YUMI
- Plug in USB drive, select it in the software, select the proper operating system.
That's the USB prepared, now for usage:
- Plug into the computer you wish to use
- Restart/Turn on computer
- Enter boot menu at start up
- Select USB Device
- Select operating system (Live version, or install if you wish to install it)
- Use operating system.
When done:
- Shut down computer
- It may have specific instructions on how to shut down from a USB, for me, it tells me when to remove the USB and when I have, to hit enter. You can pull it out but that crashes the computer.
And after the USB is out, everything returns to normal! Turning on the laptop will select the default operating system.