Renewable energy sources like wind and solarare awesome, but they have a downside they’re intermittent. That means, if we want to make our ...

Renewable energy sources like wind and solarare awesome, but they have a downside they’re intermittent. That means, if we want to make our grids more sustainable, we need to store some of the energy they producefor later. 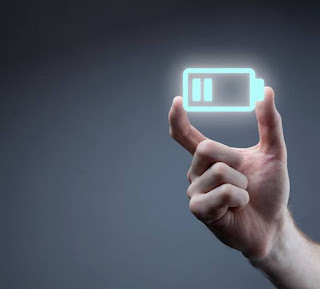 Not everybody loves the idea of using electrochemicalbatteries for this, though, because they’re expensive,and they’re not  all that great for the environment whichkind of defeats the purpose of switching to renewables in the first place.

Luckily, there are other options, like mechanicalbatteries: ones that store energy using the physicalposition or motion of things rather than chemicals. Many of these were initially designed agesago, but they’re making a bit of a comeback. And that’s because, while we might be ableto come up with all sorts of completely new ways to storeenergy, the ones that have worked for centuries cancontinue to be put to good use especially with some modernsprucing.

Let’s start with one you’re probably familiarwith: compressed air. Ever since the invention of the first airpump in 1650, compressed air has been used to power thingslike railway brakes and noisy pneumatic tools such as nail gunsand jack hammers. Turns out this idea can be scaled up a lotto be used for energy storage. First, a high-pressure compressor pumps airinto a huge chamber, like a salt cave or an abandoned mine.

Then, when we need the power back, the airis released to run an electricity-generating turbine. Thanks to their ginormous size, compressed-airbatteries offer the large-scale capacity needed by powerplants up to 321 megawatts at a time. They’re also pretty cheap, and can start pumping juice in about twelve minutes, which is less thanhalf of the response time of conventional fossil-fuel turbines.

Plus, they can store the energy for over ayear. But there are some drawbacks. Thanks to our friend thermodynamics, we knowsome of the energy used to compress the air becomes heat whichdissipates over time into the chamber’s walls. And since the air also becomes cold when it’s decompressed, it needs to be reheated so that it doesn’tdamage the turbines so energy is also lost on the way out,as well.

That means the ratio between the energy weput in and the energy we can get outthe battery’s round-tripefficiency is lower for compressed-air batteries than top-of-the-linechemical batteries. Those have round-trip efficiencies aroundninety percent. But even modern compressed-air facilities, which reuse the heat from the compression process to warm the outgoingair, only reach sixty to seventy percent efficiency.

Engineers might be able to improve upon that,but for now, we might want to turn to other retro batterytechnologies, like rail energy storage. That’s basically a battery powered by gravityin the form of a weighted train. The process is simple: a locomotive pullstrain cars weighted with rock or cement up a slope.

More cars can be brought up to store additional energy as needed. Then, when the cars roll downhill, the gravitational energy is converted into electricity through regenerativebraking, a technology already used in some hybrid andelectric cars. We’ve used gravity to store energy sinceat least the fourteenth-century, when mechanical turret clocks powered by suspendedweights were invented.

And people have come up with several typesof modern gravity batteries, like ones which use cranesto raise and suspend giant blocks. But the only large-scale gravity battery indevelopment so far consists of this sort of train on ahill setup. With a capacity of about fifty megawatts,rail batteries offer less per-battery storage than compressed-airsystems, but they also have a bunch of advantages.

Like, you don’t need a Batcave to houseall that energy, because rail storage can work anywhere withan incline of at least five percent. And they have decent round trip efficiency, at about seventy-eight percent. Plus, their startup time of five to ten seconds is an order of magnitude better than what compressed-airstorage can offer. But that’s slow compared to flywheel energystorage.

Flywheels are basically just wheels that take considerable energy to put in motion. Each rotates around a shaft, and because weknow objects in motion tend to stay that way, these spinning wheelscan store most of the effort put into moving them askinetic energy. Then, that energy can be siphoned off withdeceleration kind of like regenerative braking. Flywheels are super old-school tech.

They have kept potter’s wheels turning evenlysince at least the third millennium BCE. And you have a flywheel to thank if you’veever ridden in a non-electric car, because they smoothout the explosive bursts of energy in internal-combustion engines. But flywheels can also be used as batteries. The first flywheel created specifically forenergy storage was developed in 1833 to power the first self-propelled torpedo.

They have some drawbacks, of course. Like, they’re less useful for large-scalepower-plant storage, since they can lose as much as twenty percentof their charge per day to friction. But modern flywheels use space-age materialslike carbon-fiber composites, and spin in a vacuumwhile levitating on superconductive magnetic bearings. This makes them lighter and smaller, limitsthe loss of the stored energy from friction, and makesit possible to increase their rotation speed and expandtheir storage capacity.

It also makes them super expensive to make,especially when compared with compressed air or rail storagebatteries. Still, they’re probably worth the investment, since their round-trip efficiency can be ashigh as ninety percent. And even though they’re still slower thanchemical batteries, they have response times counted in hundredsof milliseconds. Also, with all of that space-age technology,their relatively small size makes it possible to use them inthings like uninterruptible power-supply systems in serverfarms, trains, and hybrid race-cars.

These three ancient battery technologies showthat there really is truth to that age-old maxim: if it ain’t broke, don’t fix it. And one thing’s for sure clean, cheap,and reliable energy storage technologies like these are the way of the future as retro as they may be. Speaking of renewable energy: if you’veever found yourself wishing you could learn more about them  well I have some good news! With a premium subscription to Brilliant.org,you can take their course on Solar Energy and learn all aboutthe physics of capturing sun power.

By the end of it, you’ll be able to explain multi-junction cells and doped semiconductors like a pro. Plus, it’s just one of the dozens of interactive, expert-designed courses that Brilliant hasto offer. So if you love learning new things, you canhead on over to Brilliant.org/SciShow to learn more.

Thanks For Reading Future Of Battery On Tech with D.  I Hope You Liked This post, Say Something In Comment Box Below.

Get Notified Now$desc=If You Want Important Updates On Email Then Don't Forgot To Subscribe Us.